The Swindon Branch of the Royal Engineers Association meets every first Friday of the month. 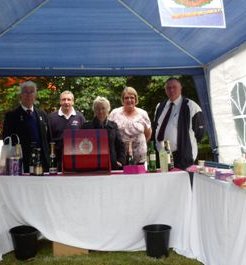 The Association is organised into a Headquarters, Groups and Branches. The Association HQ is located at Chatham and operates the day to day running of the Association. There are eleven Group Headquarters, these are located geographically in major Royal Engineer military bases, and supervise and organise Branches within their regional area. Branches are established in towns, districts or units of the Corps and are administered by their elected Branch officials. There are over one hundred Branches at home and abroad. Each of the eleven Groups elect a member to both Council and Management committee who meet twice a year. Each Group has at least one meeting a year and the meeting is normally followed by a social event. There are also a growing number of National Branches which relate to various activities within the Corps. Currently, these are Plant, Bomb Disposal, Commando Engineers, Military Survey, Armoured Engineers, Radio, Junior Leaders, Airborne Engineers, Postal & Courier and Amphibious Engineers. There is an aspiration to widen the scope of National Branches to include community interest groups.

The Swindon Branch of the Royal Engineers Association welcomes all serving and retired members of the regiment. We meet on the first Friday of each month to allow our members to get together and catch up with friends, enjoy a social event, guest speakers and course our famous raffle.

As a branch, we host local events as well as join other branches for national events. We are an REA family and all are welcome

All men and women are eligible for membership who have served or are serving in the Corps of Royal Engineers, including the Reserve Army. Serving officers and soldiers who subscribe to the Day's Pay Scheme are automatically Life Members. Former Sappers who have not contributed to the Days Pay Scheme may apply for Life Membership by contacting REA HQ 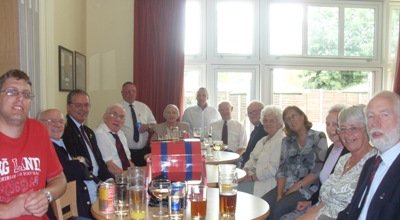 How to find your local branch

You can find your local branch by visiting the Royal Engineers Branches pages here or search online.

How to join the Swindon Branch of the Royal Engineers Association.

You can join the royal engineers association Swindon branch by attending any of the branch meetings or contact the branch secretary here.